Scientists agree that human behaviours are at the core of this vicious circle. And that only unprecedented human action at scale can fix it.

At the Climate Planet Foundation, our mission is to empower people to take action on climate change and biodiversity, creating a better future for mankind and the planet.

Read more about some of our projects below.

To achieve our mission, the Climate Planet Foundation invests in projects that can help transform the minds, hearts, and habits of people.

We are deeply preoccupied with what drives human behaviours – and what it takes to change them.

Enabled by the latest innovations in digital technology, we focus on empowering people with the knowledge, motivation, and tools they need to take concrete actions on climate and biodiversity challenges.

Our approach is opportunity-driven, agile and collaborative, and we are always open to new and ground-breaking ideas, where we can leverage our collective resources and insights to drive positive behavioural impacts at scale.

AimHi Earth equips people and organisations with the essential understanding, skills and ideas to overcome the climate and nature crisis and ensure a healthier, fairer, more prosperous future.

Visit AimHi Earth to read more and subscribe to AimHi Earth's newsletter and stay up to date on what’s happening at AimHi Earth.

We believe that education is the key to fostering a green future. This very purpose is the reason behind our foundation: Aiding projects - as well as people like you and me - on our journey to a sustainable future.

My Climate Plan is a campaign, whose purpose is to convey climate change in a more comprehensible format, without compromising on the science behind it. The goal is to bring the climate crisis down to earth, and create change through the spreading of awareness.

In partnership with the Danish climate movement Klimabevægelsen, as well as meteorologist Jesper Theilgaard, we seek to provide an accessible approach on how to reduce one’s carbon-footprint.

22 April 2021 Netflix announced a new feature documentary, Breaking Boundaries: The Science of Our Planet launching on Netflix this Summer. The film is funded by Climate Planet Foundation. Watch the trailer here

A special 10-minute preview of the film was shown to 40 world leaders at President Biden’s 2021 Climate Summit on April 22, as well as live-streamed globally from the U.S. State Department.

Our time to act is now. Join Breaking Boundaries here and take a step.

Breaking Boundaries tells the story of the most important scientific discovery of our time - that humanity has pushed Earth beyond the boundaries that have kept Earth stable for 10,000 years, since the dawn of civilisation.

The 75-minute film takes the audience on a journey of discovery of planetary thresholds we must not exceed, not just for the stability of our planet, but for the future of humanity. It offers up the solutions we can and must put in place now if we are to protect Earth’s life support systems.

Johan Rockström discusses the film with Sir David Attenborough in a blog on the Netflix Newsroom.

Monday 26 April 2021 David Attenborough did the opening of the first ever Nobel Prize Summit entitled Our Planet Our Future. David’s address was followed by a 5 min piece from the film and a talk from Johan Rockström.

The future’s not determined, the future is in our hands.

With the Climate Planet film, centuries of climate science are condensed into a 36-minute tour-de-force of compelling and comprehensible facts and visuals, narrated by renowned Danish meteorologist and climate communicator, Jesper Theilgaard.

The film targets viewers from all walks of life but is especially suitable for the younger generation who will lead us into the coming decades of decisive change.

Underpinned by a message of hope for a greener and better future, the film leaves audiences with a better understanding of the fundamental conditions for life on Earth and how humans are changing these conditions and also the solutions required over the coming decades.

The movie can be accessed for free upon request for educational purposes, including festivals, events, schools, companies etc. Please contact us for specific inquiries.

READ MORE AND SEE THE FILM

What you can do

The surprisingly simple steps we can take to avoid the worst of climate crisis.

We have any number of opportunities to slow down climate change – perhaps even reverse it. The book "If We Act Now" (In Danish "Hvis Vi Vil") offers a glimpse of how to do just that. Not based on wishful thinking, but on sober realism. As the title of the book suggests, it is indeed possible to curb the effects of climate change, if we genuinely want to. This optimistic, enlightening and richly illustrated book takes the reader on a journey around the globe to provide insight into existing solutions to the climate crisis.

Stories and perspectives on the SDGs

2030 NOW is an inspirational book about the 17 UN 2030 Sustainable Development Goals.

The book features a foreword by Ban Ki-moon, and testimonials from 17 worldfamous figures, who join with 17 artists and 17 inspiring local heroes to share their personal stories and perspectives on the SDGs.

The Climate Planet Experience was a unique cinematic experience, which allowed live audiences in selected European cities to step into a 20-meter tall traveling globe and experience the dramatic evolution of our climate first-hand. Funded by the Climate Planet Foundation and with the help of real-time footage from NASA’s satellites, the globe took 145,000 people on a unique educational journey during 2017-2018.

The Climate Planet Foundation is a non-profit organization on a mission to drive human behaviours towards a better future where our climate, natural resources and ecosystems can help future generations thrive and the Planet to prosper.

You can read more about the Climate Planet Foundation in our policies and annual reports below. 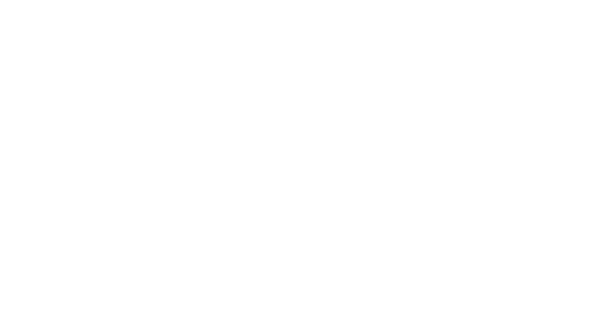